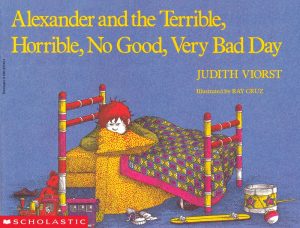 Manage Your No Good, Very Bad Day with the Emotional Guidance Scale

If you have children or spend time around them, you’ve probably read or at least heard of the book, “Alexander and the Terrible, Horrible, No Good, Very Bad Day.” Written in 1972 by Judith Vorst and illustrated by Ray Cruz, the first sentence on the back cover explains it all: “Alexander knew it was going to be a terrible day when he woke up with gum in his hair. And it got worse…”

As things get worse for the seven-year-old Alexander, his solution is moving to Australia. Why Australia? The reader never knows for sure, but it’s probably as far away from his problems as he can imagine. We’ve all been there, right?

There’s no getting around it. Life is full of glitches and issues. It’s part of the human condition. For those of you old enough to remember the early days of Saturday Night Live, you’ll also remember this quote by Gilda Radner’s character Roseannadanna, “If it’s not one thing, it’s another. It’s always something.”

Because problems are inevitable, wouldn’t it be great to find a simple and effective way to change our state of mind without having to move to Australia?

Enter the Emotional Guidance Scale, which was developed (okay I’ll show my woo-woo… channeled by Abraham-Hicks) to help people move towards joy—a great place to land.  Unfortunately, for many people the state of joy can be illusive and even unobtainable.

The moment I saw the scale, something shifted inside of me. If you go to the bottom of this article, you’ll see an image of the scale that’s drawn as two spirals, the upward and the downward.

The upward spiral consists of the 7 best emotional states: joy, passion, enthusiasm, belief, optimism, hopefulness and contentment. The downward spiral contains 15 negative emotions. The worst being fear, grief, despair and powerlessness and the best of the worst being boredom and frustration.

The idea is to figure out where you are currently and move up the scale. For example, let’s say you’re angry at your boss because you didn’t get the raise you were expecting. Of course, your anger (number 17 on the downward spiral) can be justified, but that state of mind probably won’t serve you. Getting to a state Joy (and Love) at the top of the scale would require a quantum leap; however, moving up a few notches to Disappointment (number 12) is more reasonable and quite possible.

The goal is to spend as much time in the upward spiral as you can. Here’s how to move up the scale when some outside force or your own thoughts effect you.

There is no rule that says you must stay in a negative state for any specific amount of time. For example, if feel jealous or overwhelmed go ahead and feel the intensity of the emotion, but only for a minute or so. Then decide to pick a better state of mind. It’s really that simple. Of course, if you’re really worked up, before choosing a better state, try taking two or three slow deep breaths. If that doesn’t work, do some exercise—walk around the block or do a few jumping jacks.

Of course, you could always go to Australia. 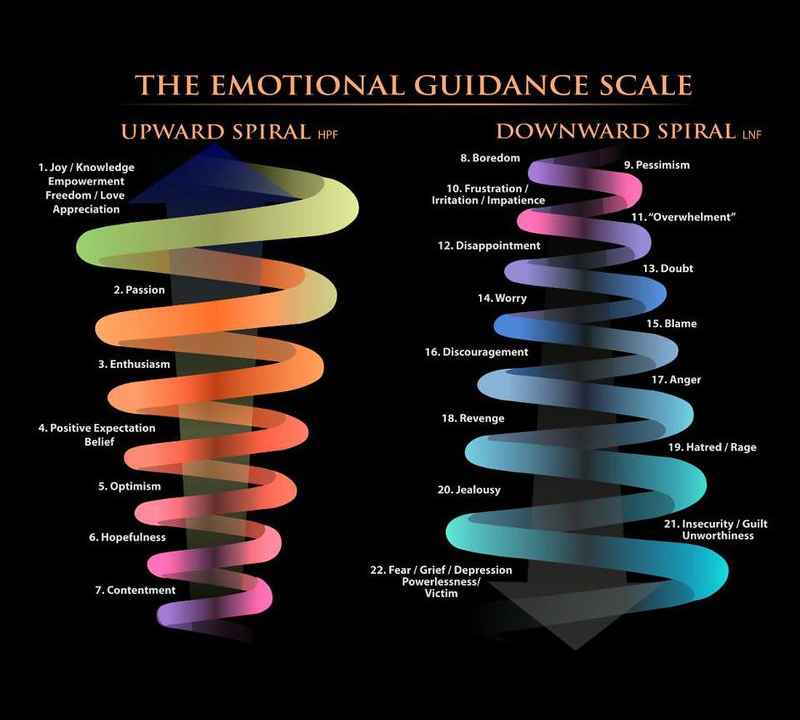